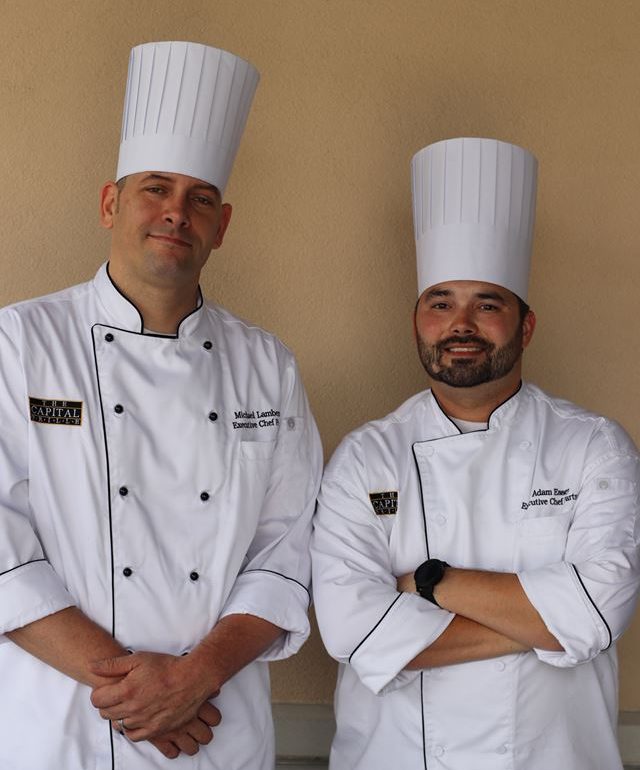 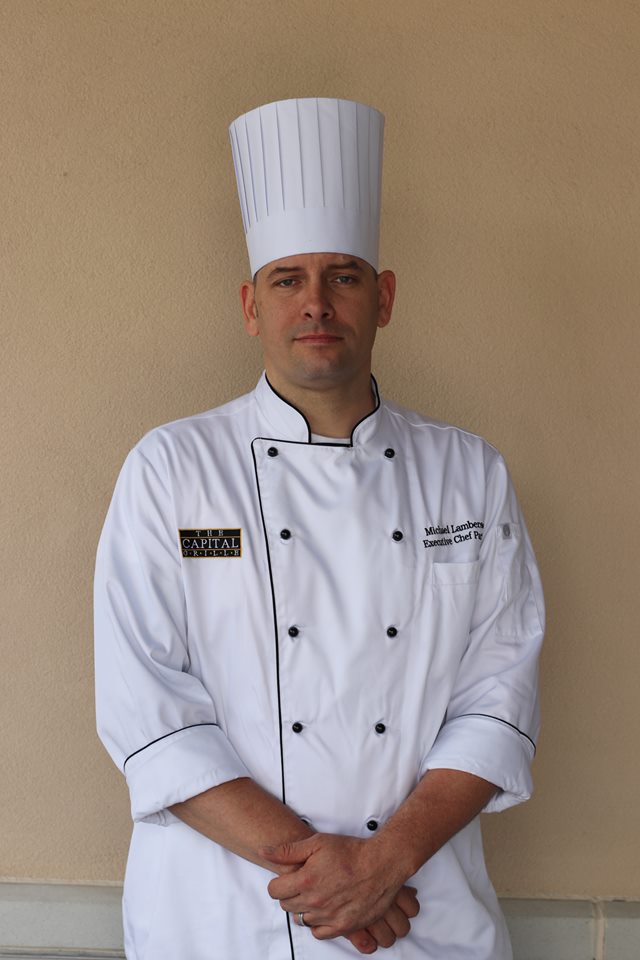 Chef Michael Lamberson was born in Naples, Italy on a naval base. At the age of eight Chef Lamberson was inspired to learn to cook, after a trip with his Grandparents to Epcot where he tasted Crème Brulee for the first time. After returning home from that trip he work for two months to perfect his own Crème Brulee recipe, which he still makes today.

The best thing he has ever eaten is a Bleu Cheese from Spain with Truffle Honey. But his favorite dish, of course a Bone-In Filet prepared medium-rare.

When Chef isn’t cooking he enjoys making music, and traveling to festivals with his family. Chef Lamberson plans to take his wife on a vacation through the Mediterranean where he can indulged in a culinary tour.

The best thing he has ever eaten is a Bleu Cheese from Spain with Truffle Honey. But his favorite dish, of course a Bone-In Filet prepared medium-rare.

Chef Adam Esser has been working in kitchens most of his life, starting in a large banquet hall at the age of nine. He 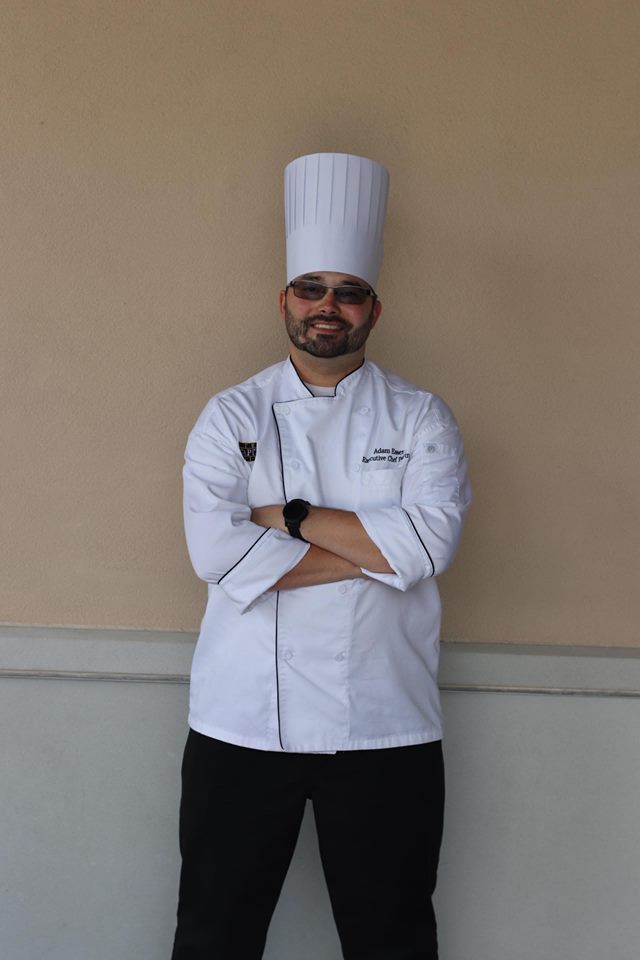 then worked in his family’s eclectic-themed restaurant. After high school, Adam attended Penn State where he received his BS in psychology and minored in marketing. But his heart was ALWAYS in food…

So, he made his way to The Culinary Institute of America in Hyde Park, New York. This led to stints in Boston, Atlanta and New Orleans, where he mastered Asian, Thai, French, Italian, Classic American, and Steakhouse cuisines. But, we know all roads lead back to Atlanta. So in 2009, he came back “home” to Atlanta.When he is not working, Adam loves to spend time with his wife, young daughter and two Jack Russell terriers (he only claims actual ownership of one dog).