Brett Bowen, 28, was born and raised in Marietta, Georgia.He has over 13 years of restaurant experience specializing in American, Southern, and Latin cuisines; bringing a unique and modern flare to the simplest of dishes.After high school, Brett attended Kennesaw State University, but soon realized that a career doing what he loves to do most was, personally, more important than getting an undergraduate degree. Brett has learned a great deal on his way up the ranks in the food industry as a chef.He’s graced his cuisine presence at eateries such as, Aspens Signature Steaks, PURE Taqueria, Firestone Wood Fired Pizza & Grill, and most recently, Happy Belly Curbside Kitchen, a food truck, where he led them to numerous awards. Brett attributes his success to the help and advice that was given to him along the way from chefs such as, Sean Clark, Brian Kibler, and Brandon West.  Brett was recently hand-picked to fly to San Francisco, where he spent time with iconic chef, Tyler Florence. During his trip, Brett visited Chef Florence’s winery and cooked alongside him, which, not surprisingly, turned out to be an amazing trip! Upon returning, Brett was ready to move away from food trucks and back to a “real” kitchen.  He found an amazing restaurateur, Bruce Speer, who shared the same passion for the food and restaurant industry as he did.  The two clicked instantly, and just like that, the chef magic began brewing at Cafe Vena.  Brett also had the pleasure of working with his sous chef, Jeff Stone, for almost a year.  Brett brought Sous Chef Stone, aboard Cafe Vena to really create something unique for the community of Vinings.Brett currently resides in Vinings, Georgia in Cobb County and has big plans for the future with his beautiful girlfriend, Katherine. In his down time, Brett enjoys playing the bass guitar, hitting the links, hockey, live music, cooking, and rooting for all Atlanta sports teams, specifically The University of Georgia Bulldogs. He excitingly says, “Go, Dawgs!” 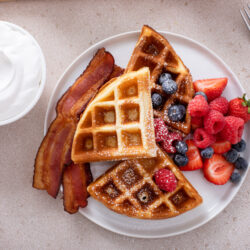 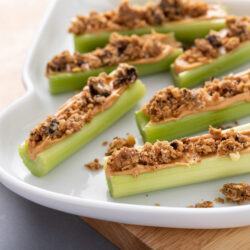